This is a brief introduction to the Final Equation app for Android and iOS.  Note that there will be some slight differences in the functionality and screens between Android and iOS.

This application provides the necessary tools for real-time / instant communications in mathematics and the mathematical sciences.  The different parts of the application are described in the sections below.

A screenshot of the Timeline is shown below: 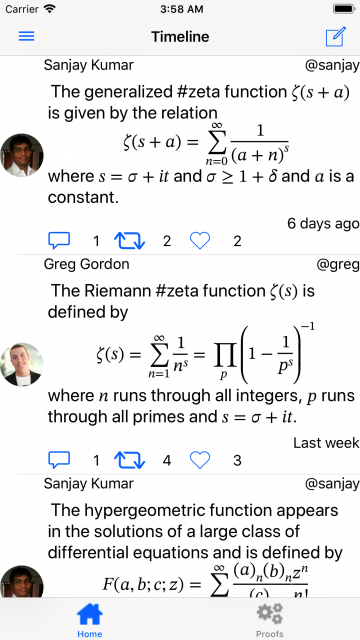 The Timeline contains posts that are:

In addition, admin notifications may also be displayed at times, if applicable.

The Message Editor is launched by clicking on the reply button on a message or the edit icon on top-right of the timeline.  A screenshot is shown below:

Message contents can include text and mathematical expressions.  For math input, a separate keyboard is provided and comprises the following:

Display mode math elements are typeset differently from Inline mode and the differences are:

The arrow keys (left / right) can be used for navigating the cursor.  Backspace key deletes the current math element.

The following elements require parameters to be passed and you will be prompted for same when creating a new element:

The formal proofs component is a work in progress and is powered by the Lean Theorem Prover (https://leanprover.github.io), screenshot below: 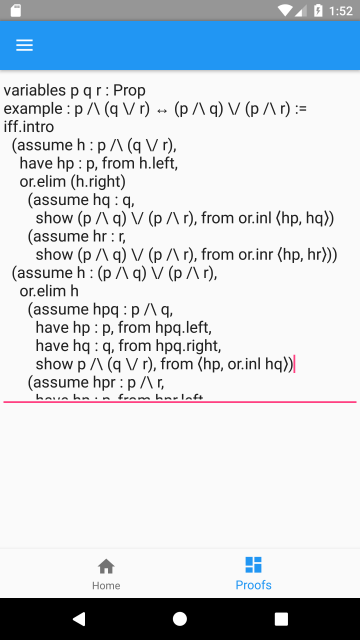 Tapping any avatar image in the timeline opens up the User Profile screen as shown below.  Alternately, you can open your user profile screen by going to the menu User Profile from the top-left of the Home / Timeline screen. 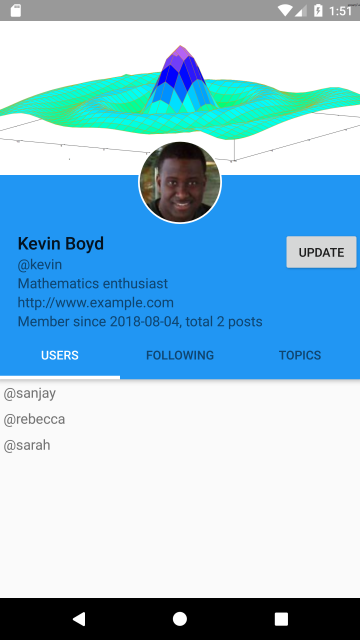 The Subscriptions editor allows you to subscribe to other users and / or topics.  A screenshot is shown below: 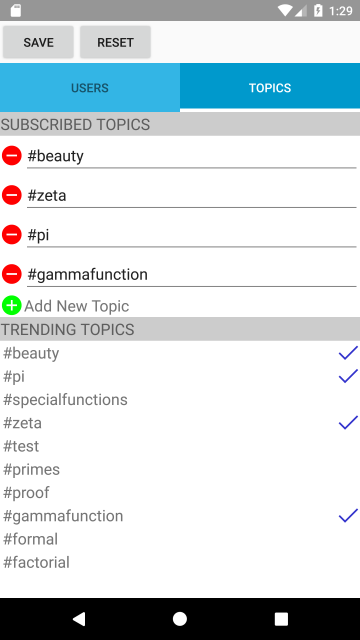 You can search for users by any of the following:

The trending topics list is automatically generated from the most recent posts.

The settings screen allows you to configure the application, screenshot shown below: 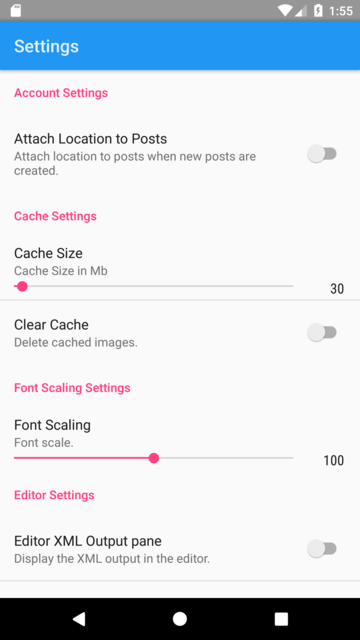 The configuration options are: